People in the Burns Lab 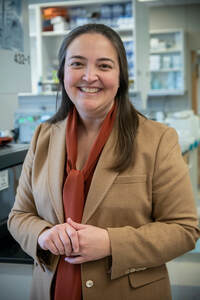 Kathleen H. Burns, M.D., Ph.D.
Principal Investigator
Dr. Burns received her M.D. and Ph.D. in Molecular and Human Genetics from Baylor College of Medicine. She completed a clinical pathology (CP) residency and hematopathology fellowship at Johns Hopkins University School of Medicine, and served as chief resident. Thereafter, Dr. Burns joined the faculty at Johns Hopkins and progressed through the academic ranks to Professor. She served as Vice Chair for Research and Programs in the Pathology Department and Director of the school-wide Physician Scientist Training Program (PSTP). ​​She was recruited to Dana-Farber as Chair of the Department of Pathology in 2020.
Her honors and invited lectures include a Career Award for Medical Scientists from the Burroughs Wellcome Fund, election to the American Society of Clinical Investigation, the Scriver Family Visiting Professorship in Genetics from McGill University, and the Daria Haust Lecturer of Pathology at Queen's University. 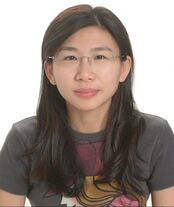 ​Wen-Chih Cheng, Ph.D.     Senior Scientist
​​Dr. Cheng received her Ph.D. from the Johns Hopkins University where she studied the role of mitochondrial proteins in programmed cell death pathways. Her postdoctoral research at both Johns Hopkins University and University of Maryland focused on the role of microRNAs in human leukemias and stem cell biology. Prior to joining DFCI, she was a research scientist developing a novel diagnostic technology at Scanogen Inc.
Current research: Wen is interested to understand the interplay between the LINE-1 retrotransposon and cancer, especially where LINE-1 biology can be used to develop new cancer diagnostics and therapeutics. She is developing new reagents for ORF1p detection and investigating translational mechanisms regulating ORF2p production. 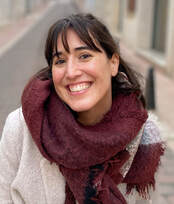 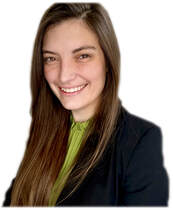 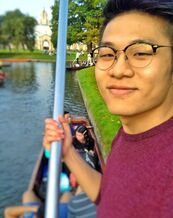 ​Cheuk-Ting Law, Ph.D.    Postdoctoral Fellow
Dr. Law received his Ph.D. at the University of Hong Kong where he investigated chromatin remodelers, transcribed regions, and somatically-acquired LINE-1 insertions in liver cancer. During his graduate studies, he obtained an MPhil degree in Computational Biology at the University of Cambridge.
Current research: Dicky is studying how host factors affect LINE-1 insertion and epigenetic regulatory mechanisms of transposable elements.
​ 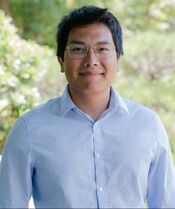 ​Carlos Mendez-Dorantes, Ph.D.    Postdoctoral Fellow
Dr. Mendez-Dorantes received his Ph.D. at the City of Hope where he focused on determining the mechanisms of chromosomal deletion rearrangements mediated by repetitive DNA elements in mammalian cells.
Current research: ​Carlos is investigating the contribution of LINE-1 retrotransposition to DNA replication stress, genome instability, and cancer therapeutic response.
Carlos's work is supported by a Postdoctoral Fellowship Award from the Jane Coffin Childs Memorial Fund for Medical Research, and a Forbeck Scholar Award from the Forbeck Research Foundation. 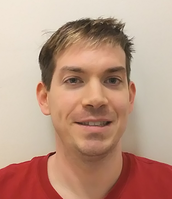 ​Benedict Smail, Ph.D.    Postdoctoral Fellow
Dr. Smail received his Ph.D. from Portland State University where he studied properties of RNA biochemistry and self-assembly and related these to theoretical problems concerning the origin of life.
Current research: Using biochemical and cell-free approaches, Ben is characterizing properties of transposon-encoded RNAs and reconstituting steps of LINE-1 retrotransposition and repair.
​ 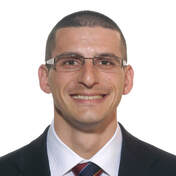 ​Martin Taylor, M.D., Ph.D.    Instructor
Dr. Taylor received his M.D. and Ph.D. from Johns Hopkins University where he studied the role of ghrelin acylation in control of metabolism and its potential as a therapeutic target. He then went on to study the interactions between the LINE-1 transposon and host and the role of LINE-1 in cancer in Boeke and Burns labs. He completed residency in Anatomic Pathology (AP) at Massachusetts General Hospital, where he served as Chief Resident and completed subspecialty training in gastrointestinal (GI) pathology. Thereafter, he began postdoctoral training at the Whitehead Institute / MIT. He joined the faculty of Harvard Medical School as Instructor in Pathology in 2021 and practices clinically as a GI pathologist.
Current research: Marty is studying the structure and function of the LINE-1 ORF2 protein, and the potential utility of LINE-1 ORF1p as a cancer biomarker in tissue and plasma.
Marty's career development and research on mTORC2 activation and substrate recognition in growth factor signaling are supported by a K08 award from NIH. 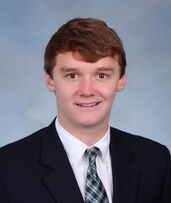 ​Jack Heaps, B.S.    Research Technician
Jack received his B.S. from Davidson College, where he double majored in Biology and English.
Current Research: Jack is interested in the expression of ORF1p and ORF2p, the two retrotransposition-critical proteins encoded by LINE-1, and their roles in cancer biology, with a particular focus on ovarian cancers. 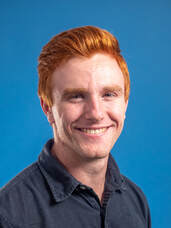 ​Bryant Miller, B.S.    Research Technician
Bryant received his B.S. in Human Biology from Sattler College. During his senior year, he completed a capstone project in Phil Cole's lab investigating the function of conserved residues in NEDD4 E3 Ubiquitin Ligase, an enzyme involved in ubiquitination of key signaling molecules in cancer.
Current Research: Bryant is studying the structure and function of LINE-1 ORF2 protein and its role in cancer biology.